Romantic relationships, no matter their length, can be complicated, frustrating, and demanding. Although every couple has their issues, overall, partnering can actually give our physical and psychological well-being a big boost.

“I think the big picture is pretty straightforward: Good relationships are good for our health and bad relationships are not,” says Christine Proulx, associate professor at the College of Human Environmental Sciences at the University of Missouri.

Some of the advantages of being in a relationship are straightforward, like having someone to talk to and share financial burdens with. Others are more surprising, like the fact that men in long-term relationships live longer. Read on to learn more about the health benefits of coupling and how they work.

New relationships offer some particularly enthralling health boosts. In men, a new romantic partner can trigger the release of testosterone and dopamine, chemicals that can contribute to feelings of lust, attachment, and happiness — they also help your body recover and feel good. Unfortunately, this love high doesn’t last. “Your brain chemicals cannot sustain that kind of behavior,” says Christine Milrod, PhD, sexologist. From a health perspective, fledging partnerships confer some benefits but for significant effect, long-term relationships deliver more.

Numerous studies have found that married men live longer than those who never married or those whose marriages ended. One potential reason is that married men tend to tone down their lifestyle once they partner up. Compared to women, single men live more hazardous lives to begin with.

“Men are more likely to drink a lot, drive fast, get in fights, and take all kinds of health risks,” says Debra Umberson, professor of sociology at University of Texas, Austin. This means, when they marry, there’s a big difference between the way they acted as single men and the way they act as part of a couple. “They’re not just going to care about the other person’s life but they’re going to care about their own because of the other person,” says Milrod. 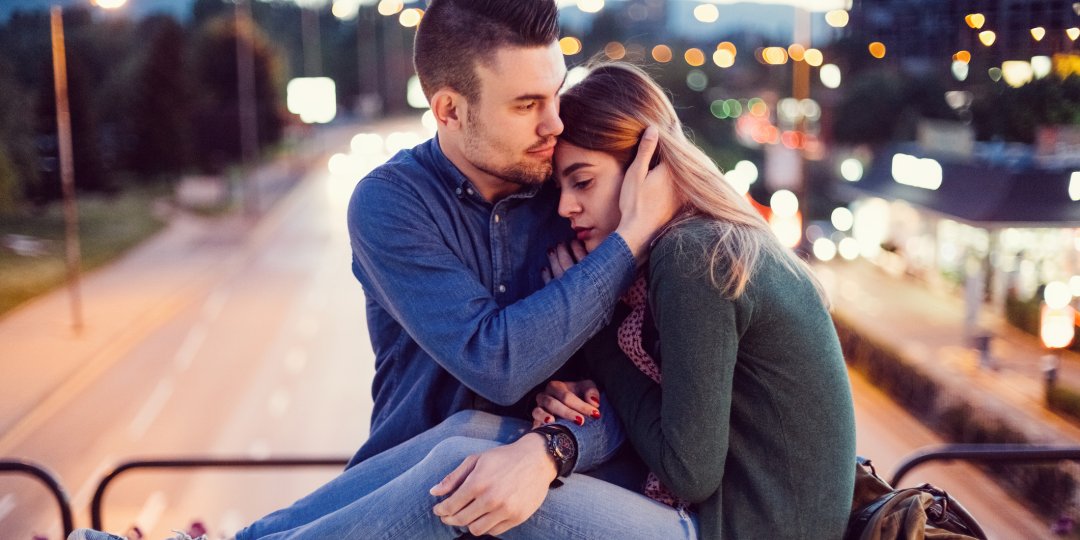 Another potential reason why men get more from long-term relationships than women is that it makes a greater difference in their emotional support network. Women are more likely to have numerous people they can turn to for emotional support, whereas men are more likely to depend solely on their partners, say both Milrod and Umberson. Emotional support has a very positive effect on psychological health through making people feel cared for and listened to. It also aids people in reaching difficult physical goals, like quitting smoking or losing weight.

Good news for your wallet: Research shows that married people accumulate more wealth over time than either single or divorced people. Part of this is that people with higher levels of education are more likely to get married and, specifically, to marry other more educated folks. Having two incomes can also allow for some flexibility if one partner wants to split time between the office and caring for household duties or children.

A straightforward advantage to having a long-term partner is that they act as a confidant. Just knowing that there is someone to talk to can make a difference in psychological well-being. “While it may not send your happiness screaming through the roof or prevent depression, there is something stabilizing about that relationship,” says Christopher Beam, psychology resident at the University of Washington. This can also create physical health improvements, as close confidants are more likely to offer advice and even steer the people they care about toward helpful resources.

Loneliness is a killer. One study of seniors found that, over a 10-year period, men who felt lonely were 30 percent more likely to die than those that didn’t. For women, the increase in death among the lonely was only four percent. In general, men are less likely to have social networks, so spouses can play a big part in combatting feelings of loneliness.

A great perk a serious relationship is that it comes with a go-to activities partner. Although plenty of people are fine running around by themselves, many people get out and do much more when they are sharing their experiences with someone else. Engaging in fun and leisurely activities can, of course, improve health by reducing stress and increasing physical activity.

Nearly everyone gets stressed out by their relationship at some point but, in general, a significant other has a calming effect. “Having a healthy relationship can buffer us from the negative effects of stress,” says Proulx. In a 2010 study from the University of Chicago, students undergoing a stressful test had markedly lower cortisol levels — known as the stress hormone — if they were married. Not only do married couples often share responsibilities, but having a special someone to think about seems to take the edge off during hectic times. Get Taken Care Of

This advantage of long-term relationships is particularly true for men. “It seems that the quality of relationship is important to the health of men and women, all things being equal.” Says Umberson, “The problem is, things are not equal.” Likely due to hormonal differences, women are more likely to take care of men than men are of women.

The way relationships affect our health changes as the relationship ages. “There’s a very strong, positive effect of entering a marriage that overtime dissipates,” says Beam. That is, until the Golden Years kick in. “There’s evidence that in long-term marriages, you get happier over time,” says Proulx. As people get older, big stressors, like children and work, often go away. While this can be a happiness boost for anyone, people in long-term relationships — Proulx looked at those lasting at least 20 years — get the extra advantage of having the support and company of someone they (likely) care about very deeply and enjoy being around.

High use of poorly financed aged care in Australia

Watching what happens when a brain cell dies